Some of the famous Pakistani breakfast ideas

Some of the famous Pakistani breakfast ideas

You got up early in the morning and you are thinking of what to eat for breakfast in Pakistan. Desi Breakfast Menu can be all desi or you can blend and match to adjust it little more. Breakfast is consistently not quite the same as the Lunch or supper. There are some combinations that you can try to balance your menu and make a rich breakfast. Well, here we got some famous Pakistani Breakfast ideas for you. Super yummy and delicious. You should try it. 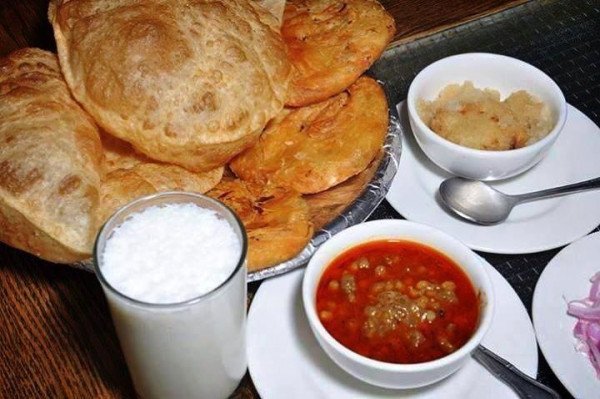 Halwa puri breakfast is a traditional breakfast of semolina or halva pudding from Pakistan and India, and a soft fried dough called poori. Halwa Puri Recipe is usually made with a mixture of cooked semolina and sugar syrup and then combined with nuts like pistachios and almonds.

The sweet dish smells of flavours like green cardamom, kewra oil, and cloves, and is often topped with yellow or orange food colouring for a more vibrant meal. Poori is a soft and airy bread made with a dough of flour, water, salt and oil.

It is shaped into a thin, flat slice and is often fried until puffed up. Traditionally, the hot and fresh poor are served sweet semolina halva or sooji halwa. Other typical Halwa Poori dishes are Aaloo Ki Bhaji, a delicious potato dish, and Cholay, a Pakistani dish made from chickpeas combined with herbs.

Nihari Dish is a very famous meat dish from the city of Old Delhi. When Pakistan gained independence in 1947, many immigrants from Delhi settled in Karachi, where they opened their own restaurants. As a result, Nihari is also associated with Pakistani cuisine.

The food consists of simmered meats such as beef, lamb or chicken. The meat is cooked in large bowls covered in broth and lots of spices like cumin, cloves, garam masala, and cardamom. Nihari National dish recipe takes six to eight hours to cook properly and is traditionally eaten for breakfast because the name of the dish comes from the Arabic word Nahar, which means morning.

Although some believe the dish was invented in the royal kitchens of Awadh, it was ultimately eaten by Mughal Empire turnips for breakfast before their usual morning prayers. It’s usually served with tandoori rotis or khameeri rotis, and some like to garnish the end with green pepper on top.

The texture, sharpness and tenderness of its final meat make it a favourite of many Indians and Pakistanis. 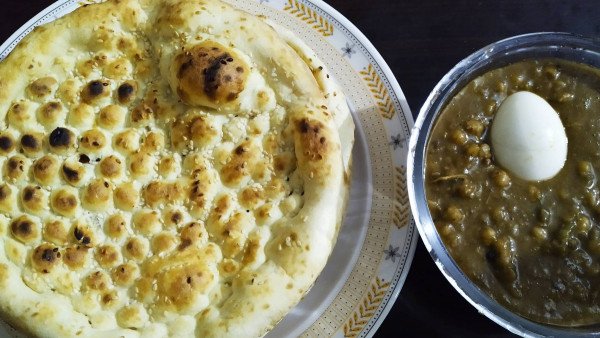 Naan is an oven-baked flatbread that’s popular worldwide right now because it’s absolutely delicious. It’s almost like a pizza, just without a cover. Naan may be eaten with various items just like toast, but the best fit is with chanay, i.e. chickpeas. 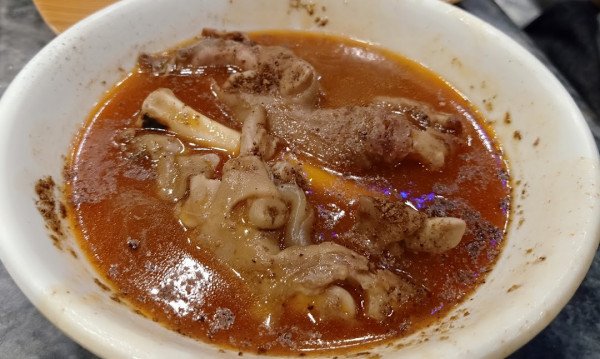 Siri Paye is a popular Pakistani stew made with the head and legs of an animal (usually goat, cow or lamb) called Siri and paye in Urdu, respectively. Onions, ginger garlic paste, and spices such as turmeric powder, red chilli powder, cumin seed powder, cinnamon, cloves, and cardamom are first stir-fried with the animal’s head and paws.

The dish is then seasoned with a combination of curry yoghurt and garam masala powder, coated with water, and simmered until the meat is thoroughly cooked. This rich mixture is normally topped with fresh green chilli pepper, cilantro leaves and ginger. It’s usually served hot with lemon wedges and naan or roti on the side.

Siri Paye is a popular breakfast meal in the country and is also usually served for Eid al-Adha. 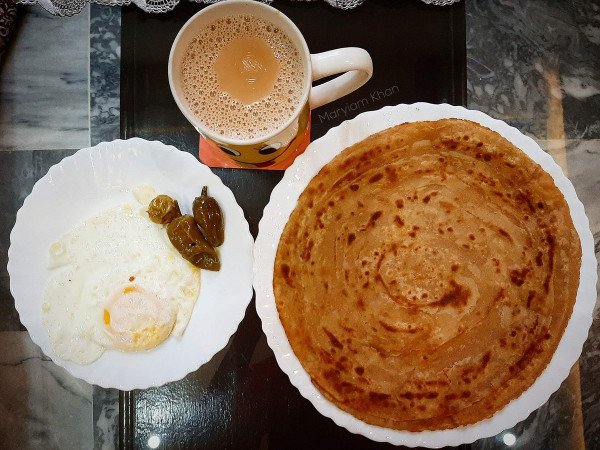 Paratha is a wheat’s flatbread cooked with oil or ghee and anda is an egg and its mixture is perfect. Anda may be an omelette or a half-fried paratha. Another amazing paratha combination is with chai (tea). What’s better than crispy paratha with sweet milk tea to start your day?

Jam or butter on toast : 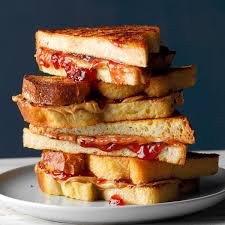 Toast and butter or jam seem to be the most popular breakfasts. But is it the best decision when you want to keep yourself fit and lose a few pounds? Bread spreads are kept in homes since they are a fast and simple snack. Hardly pick up a slice and sprinkle some chocolate or cheese on it and you’re ready to go. But just a spoonful of these spreads is filled with calories. Good breakfast options mean that you feel energized and full throughout the day.