Chicken Biryani, a world-famous dish of mixed rice dishes with spices, meat and potatoes.It is a delicious chicken and rice dish that includes layers of chicken, rice and flavorings that are steamed together. In Pakistan, the city of Karachi is renowned for its Chicken Biryani and is considered to be Pakistan's traditional cuisine. It's not going to be wrong if we say that biryani is Pakistan's popular cuisine.

How to make Chicken Biryani? 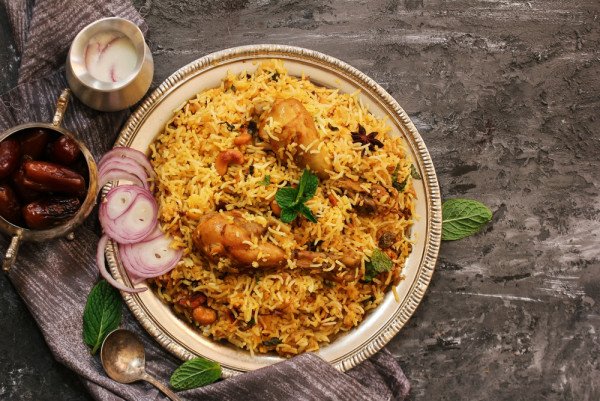 Aim to serve so that you can get some good patches of yellow rice, white rice, curry stained rice and chicken (rather than all mixed up). Use a large spoon to do this and reach deep into the pot, and try to scoop up as much as you can in one pick.